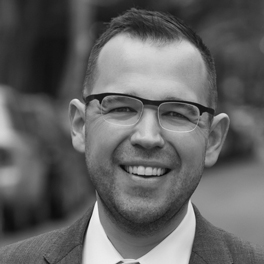 Steven Pedigo serves as the director of research for the Creative Class Group, a global think tank comprised of leading researchers, academics and strategists. In this role, he provides cutting-edge analysis of economic and demographic trends for communities, Fortune 500 companies and major media outlets across the globe. Steven has managed a team of expert researchers to provide business intelligence for an array of clients such as Pinewood Studios, Zappos.com, Le Meridien Hotels, Emaar Canada and Kiplinger’s Magazine.

Steven is also responsible for managing the Creative Class Leadership Program, a worldwide community engagement program. He has successfully launched these programs in numerous U.S. and international communities from El Paso, TX; to Vancouver, BC, and Noosa, Australia.

In addition to his work with the Creative Class Group, Steven is the director of civic engagement and an assistant clinical professor for economic development at New York University (NYU). In his role at NYU, Steven is leading the effort to develop, fund and deliver the University’s civic engagement and economic development curriculum and research program.

Prior to joining NYU, Steven was a vice president and member of the senior management team for the Initiative for a Competitive Inner City (ICIC), a national research organization founded by Harvard Business School professor Michael Porter to encourage private-sector investment into U.S. urban centers. He is also a distinguished visiting research scholar with the School of Urban and Public Affairs at University of Texas and a visiting professor at the Centro de Estudios Superiores de Monterrey Design.

Before GPI, Steven started his career in economic development as the director of research for the Greater Washington Initiative (GWI), a regional marketing organization for the Washington, D.C. metropolitan area. He was responsible for region’s comprehensive human capital assessment, which was profiled extensively in The Washington Post and utilized by area universities and community colleges to forecast future course needs. As researcher and writer, Steven’s work has been featured in such publications as The New York Times, The Washington Post and The Dallas Morning News.