Not long ago, American manufacturing was in sharp decline. The Big Three carmakers closed dozens of plants, mostly in Michigan and other surrounding states, eliminating more than 250,000 jobs. Another quarter of a million workers lost their jobs in related industries.

Now United States manufacturing is making a comeback–thanks, in part, to the transplanting of Japanese corporations of over 25 billion dollars worth of heavy industry and 100,000 jobs. The Japanese companies are making long-term commitments where United States business leaders had seemed to give up hope. The success of these ventures is the result of the sweeping revolution in the organization of technology, work, and production that lies at the heart of the Japanese model of production.

This book explores the rise of this Japanese model and provides a detailed examination of the processes which have brought about its transfer to the United States. It presents new and original data on the extent of Japanese investment in both United States heavy industry and high technology and provides an an empirically-grounded discussion of the reasons why this has occurred.

The authors focus on the transfer of basic elements of Japanese production organization and develop a broad conceptual theme contrasting the Japanese model of production organization with that of United States Fordism. With a wealth of illustrations and straightforward examples, this work will appeal to those interested in urban and regional economics, industrial organization, labor relations, and economic geography. 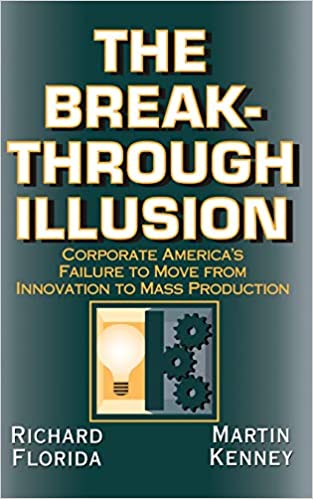